I was encouraged by the recent adoption of a Resolution on Transparency in trade negotiations at the 2017 meeting of the Internet Governance Forum last month in Geneva.  A grouping of mostly civil society representatives organized under the IGF umbrella as the Dynamic Coalition on Trade and the Internet agreed to a single statement and list of reform proposals aimed at making the trade negotiation process more accessible for different stakeholder groups.

What made this particular resolution valuable was that it was intentionally crafted to be inclusive of multiple viewpoints about the value of trade agreements and free trade.  I think that approach is particularly helpful for an issue like transparency where progress is hampered by stark ideological conflict among the different sides of the debate.

Vociferous complaints from civil society groups about “secrecy” in trade negotiations have become an increasingly annoying thorn in the side of free traders.  Almost any group opposed to new trade agreements will include inadequate transparency in its list of objections, rivaled only by investor-state arbitration as the most popular grievance.  They claim that secrecy in negotiations privileges business interests over public interest groups.  Efforts to address this problem, however, have been hampered by the inability of pro-transparency groups to craft a message that resonates beyond their circle of left-wing activists.

Supporters of trade agreements, meanwhile, dismiss secrecy complaints as a shrill cover for general antipathy toward trade and market liberalization.  They note that a certain level of confidentiality is necessary for negotiators to do their jobs.  They also point to the myriad ways in which trade negotiations receive input from and engage with civil society, and to the fact that trade agreements must ultimately be debated and ratified by democratically elected legislatures.

Unfortunately, the distance between the positions has prevented constructive compromise that could lead to less political friction and ultimately more trade liberalization.  Both sides tend to exaggerate the consequences of increased transparency.  No amount of public consultation is going to keep trade agreements from reflecting the commercial priorities of prominent business constituencies.  And marginal reforms to make the negotiating process more accessible to the public aren’t going to derail the entire agenda.

These particular reforms advocated in the Resolution are valuable precisely because they would not pose an unreasonable burden on the work of negotiators.  For example, the Resolution calls on countries to publish the textual proposals they plan to offer in negotiations and to have a process for receiving and evaluated public comments about the proposals.  The Europeans already do exactly this.  The U.S. government doesn’t reveal its textual proposals, but it does publish negotiating objectives for formal public consultation.  I suspect the main benefit from publishing specific proposals would be to help keep negotiators honest while eliminating harmful speculation about what’s actually going on “in secret.”

The Resolution also includes some benign proposals that would mostly work to relieve secrecy anxiety among activist groups.  These include the existence of an “independent transparency officer” within national trade ministries and greater participation of civil society groups in official advisory panels.

Ultimately, calls for increased transparency are a natural consequence of the growing scope of trade law, and it would be valuable for everyone if those demands could be dealt with in a constructive way.  The reforms proposed in the Resolution on Transparency are surely not enough to keep anti-globalization activists from marching in the streets every time someone tries to cut a tariff, but their cause will attract a lot less sympathy when other organized interest groups feel adequately represented at the trade policy table. 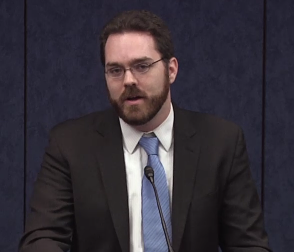